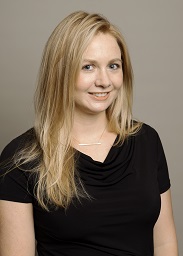 Mackenzie L. Dimitri is a litigator with general commercial and franchise-specific experience. Mrs. Dimitri has represented business and franchise clients in the transportation, child care, entertainment, restaurant, hospitality, convenience store and real estate industries, in trials and other dispute resolution forums throughout the country. Mrs. Dimitri has also successfully mediated and otherwise negotiated favorable settlements at various stages of litigation, and has a nuanced understanding of how each client’s business objectives relate to that client’s goals in any given lawsuit. In addition to her courtroom experience, Mrs. Dimitri also drafts and negotiates commercial contracts, including franchise disclosure documents, and coordinates corporate organizational matters.

Mrs. Dimitri is a committee member of the Young Lawyers’ Division of the American Bar Association (ABA) Forum on Franchising. In October 2017, Mrs. Dimitri was asked by her colleagues at the ABA to speak at the 40th Annual Forum on Franchising in Palm Desert, California, on the topic of efficient breach and equitable remedies in litigation. In March 2017, Mrs. Dimitri spoke with a panel of franchise attorneys for an ABA webinar about regulatory issues for franchisors. Mrs. Dimitri is a regularly contributing ‘blogger’ on E&D’s business litigation and franchise law blogs.

Mrs. Dimitri is a regularly published author on litigation, franchise law, and business law topics. Her notable publications include: