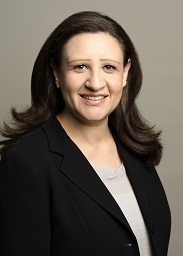 Stephanie J. Blumstein focuses her practice on complex commercial and franchise litigation. As a litigator, she has comprehensive experience representing clients in multiple business sectors in a wide range of matters including the prosecution and defense of disputes involving franchises, breach of contract, unfair and deceptive trade practices, trademark infringement and other intellectual property claims, unfair competition, fraud claims, and a variety of other business matters. She has represented clients in federal and state courts throughout the United States, as well as multiple arbitration / alternative dispute resolution forums.  She is also experienced in representing clients in mediation and in settlement negotiation at various stages of litigation.

In addition to her work as a litigator, Ms. Blumstein frequently advises clients on contract drafting and negotiation, and on numerous other business law issues. She is adept at assisting clients in finding opportunities and avoiding obstacles in reaching their business and legal goals.

Ms. Blumstein is a frequent speaker on franchise topics.  In May 2017, Ms. Blumstein was a speaker at the 50th Annual International Franchise Association Legal Symposium in Washington, D.C. on the topic “Franchise Litigation Basics.”  She will be speaking again on this topic in May 2020 at the 53rd Annual International Franchise Association Legal Symposium.  She was also a speaker in December 2019 at the Franchise Expo West in Long Beach, California on the topic “A Franchisee’s Guide to Reading and Using the FDD.”  Ms. Blumstein is also a contributor to the firm’s franchise law and business litigation blogs, as well as a contributor to the following publications: